Having previously been the subject of a joint venture with Kärcher Municipal, MUVO implement carrier is back in 100% ownership of RASCO Group

After 6 years of productive absence, MUVO implement carrier has come back home to RASCO Group.

A series of successes around europe

Being the first vehicle developed by the company, MUVO has had a series of successes around Europe. It set a new standard in urban maintenance and took one of the leading positions in the small utility vehicle market.

Today it can be seen working on the streets of major cities such as Paris, Berlin and Copenhagen, airports in Munich and Istanbul as well as many other locations.

MUVO also works in more than 30 cities across its homeland Croatia. 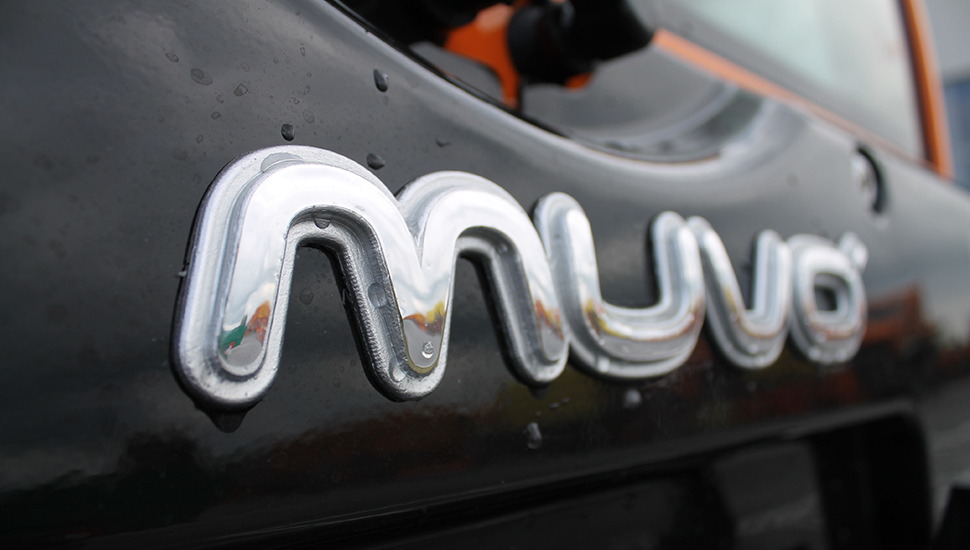 MUVO’s development started in 2008 as a response to growing needs in the utility vehicles market across Europe. Prototype testing began in 2010, and the first commercial version of the vehicle premiered at the IFAT 2012 exhibition in Munich. 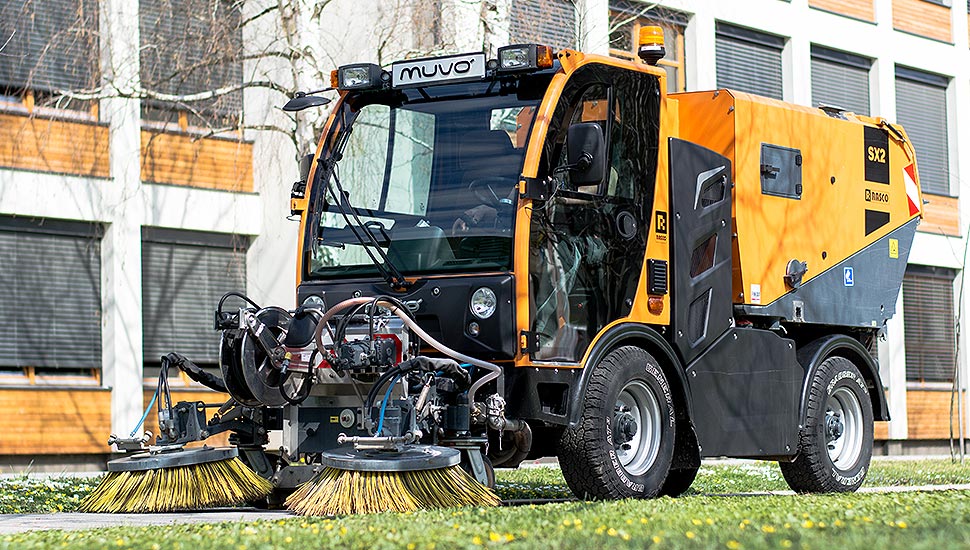 In 2015 German manufacturer of articulated utility vehicles Max Holder expressed their interest in MUVO, as they were looking for exactly this type of vehicle to complement their existing product portfolio. Later that year RASCO and Max Holder signed a joint venture agreement. With it both companies became 50% owners of newly formed RASCO Holder company, where future R&D and manufacturing of the vehicle took place. Through Max Holder’s large international distribution network, MUVO became available to a much wider number of potential customers.

In 2016 a new MUVO variant with the EURO 6(A) engine became available, while the initial EURO 5 model would gradually be phased out. Soon after the vehicle was visually refreshed with a “facelift” in 2017.

Max Holder was acquired in 2019 by Kärcher and renamed to Kärcher Municipal. The joint venture continued to function as previously. However, due to recent diverging sales and portfolio strategies, Kärcher and RASCO management agreed that it makes the most sense to dissolve the joint venture. From August 2021 MUVO’s development, sales and marketing activities continue under full control of RASCO Group.

MUVO has always played an important part of RASCO’s identity and development strategy, and it is very exciting to have our first vehicle 100% back in the company. We are looking forward to reaching new milestones and using MUVO to improve municipal maintenance standards around the world.

For all inquiries related to MUVO and accompanying implements please contact us at info@rasco.hr.

MUVO, the first utility vehicle developed in Croatia, has contributed to RASCO gradually taking its position among the leading manufacturers of professional equipment for the maintenance of traffic infrastructure in Europe. The know-how acquired during the development and...

After not taking place in 2020 due to the Covid 19 pandemic, IFAT is back. The sustainable use of resources and thus climate protection is the main theme of IFAT Munich, which will be held from May 30 to June 3, 2022, at the exhibition centre in Munich. Sustainability is an...

It looks like you are visiting from Croatia. Would you like to switch to Croatian language?
Switch Language