We started in 1990 from a craft workshop in a small garage. Today we sell our products worldwide. Our founders Frane Franičević and Darko Paviša have gone through many challenges over the past three decades but have managed to develop a company that is one of the largest municipal equipment manufacturers in Europe

Thirty years have passed since long-time friends Frane Franičević and Darko Paviša decided to establish a craft workshop in 1990, after they realised that local farmers have no one to service their tractors, mowers, combine and another mechanisation. Both engineers, who have been researching and assembling since they were little, soon realised they needed their own product if they wanted to move beyond the status of a craft workshop. They investigated the market and decided to produce a municipal machine, since nobody produced anything similar in Croatia and beyond. In 1994 they built their first road maintenance machine – truck towed spreader RAS. Today RASCO has more than 70 products in portfolio and exports to 40 countries on five continents.

From left to right: the RASCO flag today, 30th anniversary flag and the flag with the original craft workshop name “ZZR RAS”

“Our beginning, like the start of any private business, was neither simple nor easy. The two of us were only employees. We drew at night, worked by day and did so 24/7. But this was not a problem, because we both did what we loved and had a clearly stated goal: to build a viable company with satisfied employees and quality products. We never had ownership disputes because we weren’t guided by personal interests, but invested money together in the further development of the whole company,” said Frane Franičević and Darko Paviša as they present the chronology of growth and development that resulted with what RASCO is today.

In 1995, our first production hall was built, and we had 16 employees. Today we employ more than 400 people in production plants in Kalinovac, Croatia and Senta, Serbia. 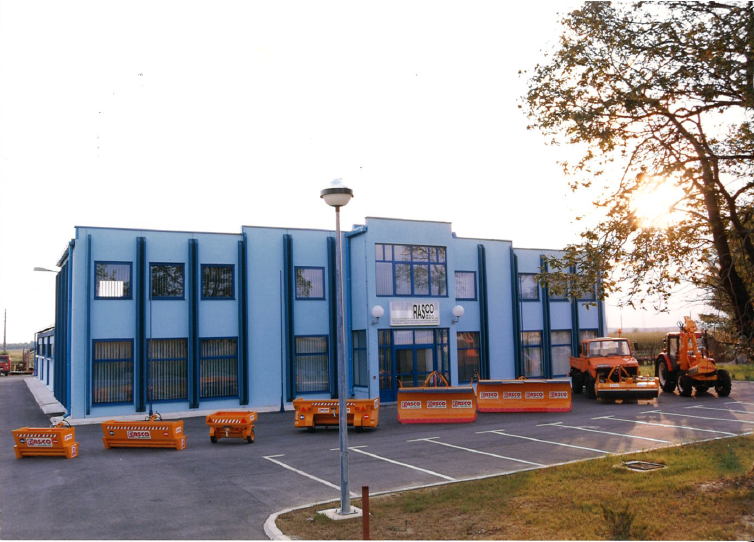 The two founders transferred the management in 2019 to a three-member board with only one family heir. When it comes to choosing RASCO employees, we have always been guided by expertise, motivation, and experience. That is why Ivan Franičević became CEO in 2015, after he experienced managing complex organisations like RASCO.

“The company grew rapidly, which required a different way of guiding. The biggest changes were made in a clear definition of the strategy, and in alignment of the organisation so that it can be implemented at all levels. What remains is the spirit to make big decisions, fast moves, and ambitious projects,” said Ivan Franičević. Due to our experience and quick adjustments to the market, we managed to maintain all our employees and business stability in this crisis. 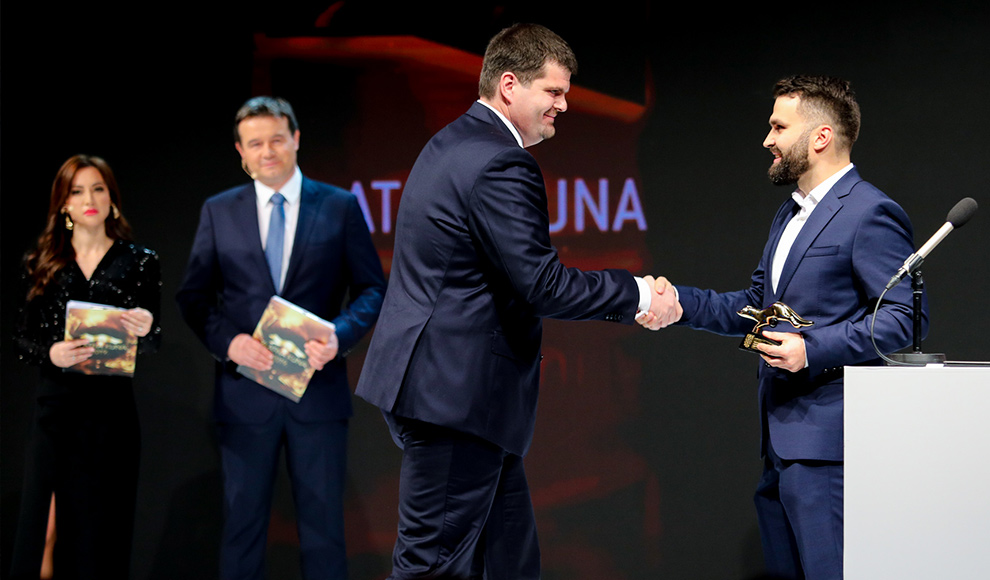 Due to the new circumstances in the global market, we will not achieve all the growth goals we set at the beginning of the year. But previously launched investments in new buildings, production technologies and product development continue at the planned pace because we know they will be key to the company’s future growth.

We are also aware that there is no progress without innovation, so we set our standards high: first with the presentation of the multifunctional municipal vehicle MUVO in 2012, and first Croatian compact sweeper LYNX last year. We were awarded with Golden Kuna for innovation for both vehicles. 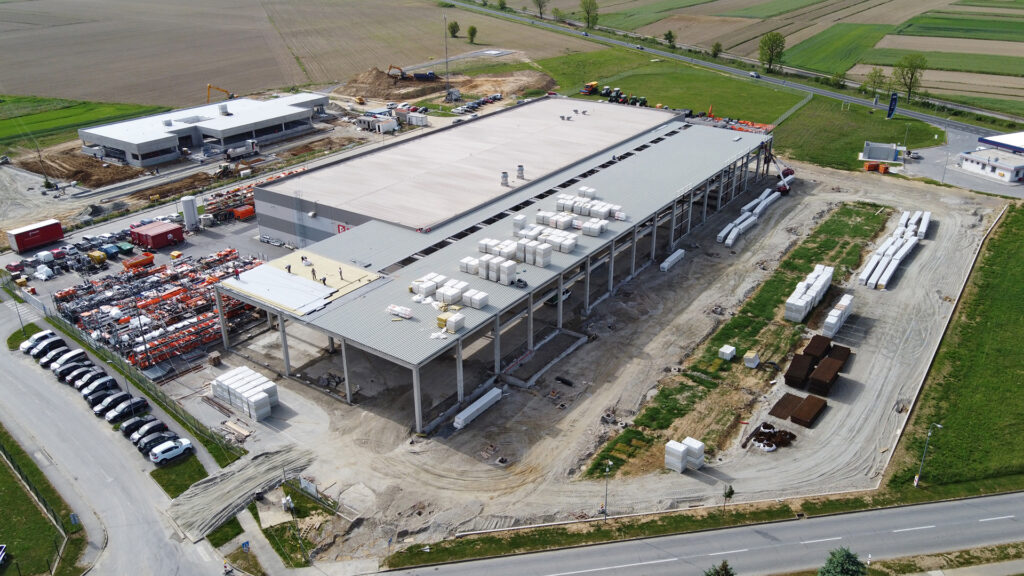 One part of production facilities in development

We celebrated our 30th birthday on June 1st symbolically with addressing of the founders to all employees in Kalinovac. A real celebration is planned this autumn, when new production and office spaces are finished, and with them a large investment cycle worth over 10 million euros. 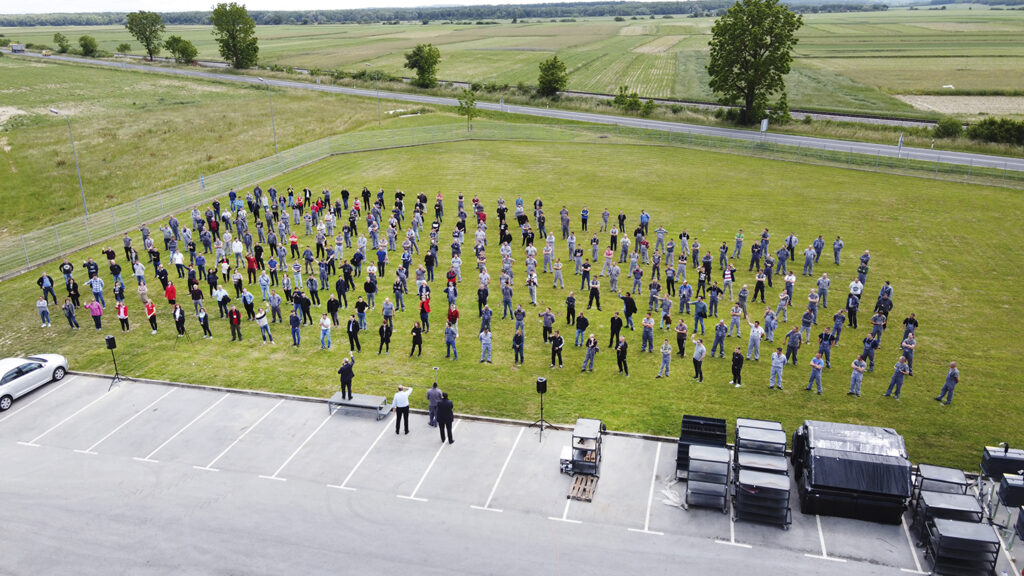 Employee gathering for our 30th anniversary

At the end of May we delivered a set of professional winter equipment to the roads of Zadar County. Equipment consists of a 3.2 m wide snow plough and spreader with 5 m3 dry agent capacity spreader and 2400 L liquid agent tanks. The winter set is different from those usually...

When it comes to winter maintenance, Norwegians take things very seriously. If your daily job includes operating a winter service vehicle on temperatures below freezing point, you need to have the best equipment possible. And that includes RASCO spreaders – a vital and...

Next IFAT will be held from May 30th do June 3rd, 2022. More information is available on: https://www.ifat.de/en/trade-fair/trade-fair-profile/latest-information/ RASCO team is looking forward to your visit at IFAT 2022. We are already working on novelties and interesting...

It looks like you are visiting from Croatia. Would you like to switch to Croatian language?
Switch Language